Our topic area includes megalithic sites, alignments, sacred landscapes, other landscape issues, psychogeography, folklore & tradition, esoteric traditions, strange phenomena and other aspects at the interface of human consciousness and the land from prehistory to the present…

We have been covering these areas for over forty years, since our inception in an upstairs room in a Leeds pub in 1979! Today, we are the world’s longest established voice in our particular field, offering distinct and unorthodox perspectives without relinquishing the standard requirements for reliable research and discussion. See below for more details of our history.

Please note that we are a small-press and non-commercial venture, run by voluntary staff; therefore, although we deal with enquiries as soon as we can, please allow a certain time for a response and be courteous if any delays occur; and if making an enquiry by trad-mail, please be sure to enclose a SSAE if a reply is required. 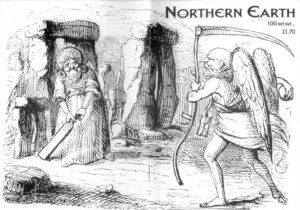 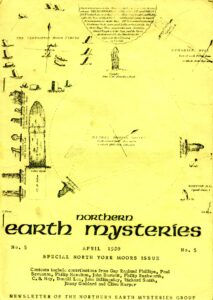 The Northern Earth Mysteries Group was an informal association of neo-antiquarian or ‘earth mysteries’ researchers and enthusiasts, originally set up in Leeds in 1979 to act as a focus and contact point for ‘new antiquarian’ study in the North of England and Scotland. At the foundation meeting were Brian Larkman, John Billingsley, Philip Heselton, Phil Rushworth, John Barnatt and Richard Smith. Its journal, Northern Earth Mysteries, was the first regional ‘alternative archaeology’ journal in Britain, later expanding its geographical reach to other parts of the world, and renaming itself as Northern Earth. It is now the world’s oldest journal in the field.

Our first editor was Philip Heselton, who had previously revived the field of ley-hunting in The Ley Hunter magazine. Philip was succeeded by Rob Wilson and David Clarke, then by Rob Wilson and then in 1991 by John Billingsley. 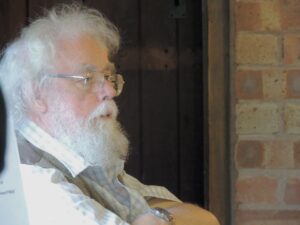 The NEMG met on an informal and irregular basis for field trips, museum visits, talks and other events, publicising them in Northern Earth Mysteries. From 1981 to 1991, a moot, or conference, was also held annually in the autumn, at which members and guests would give presentations of their work. Due to time and other pressures on the voluntary team, such events are now only occasional; they have included a weekend moot in the old style to celebrate our 25th anniversary in 2004, Pendle 400 in 2012 to commemorate the 400th anniversary of the Pendle Witch Trials with a day of talks and storytelling, and Dreaming Valleys in 2020, a conference showcasing different ways of looking at the historic and natural landscape. 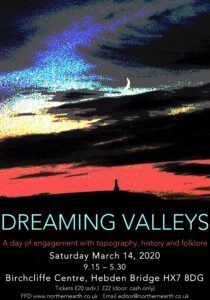 In 1980, a travelling exhibition was prepared by members, covering a number of areas of research, and toured the North of England until 1982. An exhibition catalogue was produced, whose contents are still relevant today; copies are available from the address at the foot of this sheet. It was also involved in the Calderdale Earth Mysteries exhibition, held at the Piece Hall, Halifax, in 1996, and supported CalderFolk, an art/music/installation project by Michael Powell in 2021.

Although the NEMG no longer functions as a physical group, its aims are maintained and furthered through the magazine. The name was changed to Northern Earth in 1991, to reflect the wider geographic reach of both content and readership. Publication is quarterly in March, June, September and December, in a 36-page A5 format. Although we have a selection of stockists around the country, it is primarily a subscription magazine – please see our online subscriptions page.

Taking a broadly independent and enquiring stance to our core fields and their wider philosophical and theoretical implications, NE maintains a left-radical and environmental perspective.

In addition to the magazine, NE has published a number of books on archaeology, folklore, landscape and literature, and unusual history; those currently available can be seen and purchased from our online store. 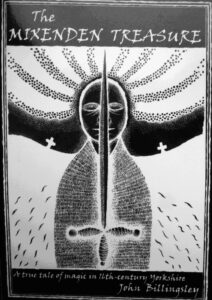 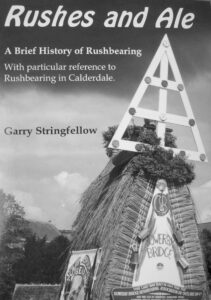 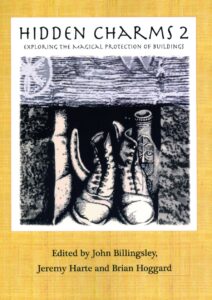 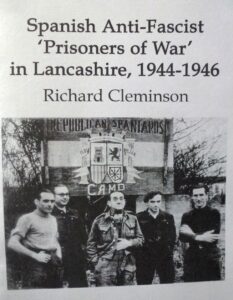 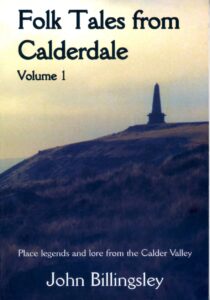 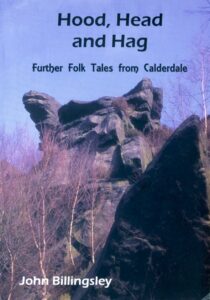 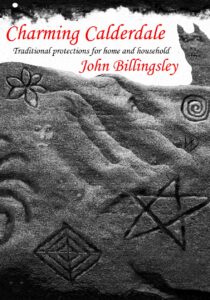 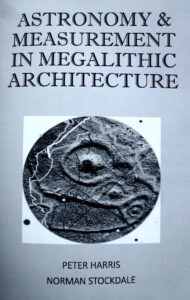