As 2020 rolled on beyond widespread floods into a damp chilly pre-spring, it became increasingly apparent that the Year of the Rat had further challenges in store. Straight after the spring equinox, at the New Moon on March 24, the British government decreed its lockdown of citizens and businesses. Some people thought this was too late, some people thought it unnecessary. Many went into online shopping frenzies. Contrary discourses buzzed like flies around social media, and some people went out and abused both landline and 5G phone engineers and flamed mobile phone masts on the grounds that they were trying to kill us all. It became clear that we were and are living in a time of variant discourses operating within a broadly compliant dominant discourse of slogan-led health scares – what are called demiotic discourses.Within days of lockdowns in various countries, the people did marvel at how the air did smell better, the rivers and seas flowed clearer, the birds could make themselves heard without shouting, and how walking wasn’t so bad after all as long as you kept away from other people. Nature was obviously appreciating the lockdown… Wouldn’t it be nice, many said, if after it all we could maintain and even improve our relationship with Nature? Surely a Pan-Demiotic discourse….It was against this backdrop that we realised it would be very hard to produce a hard-copy issue of NE, as our printers were closed, and so were the shops where we sell much of our print-run. Unwilling to break the continuity of articles in the magazine itself for those readers who still prefer not to have very much to do with the internet, we plumped for a special online offering in place of NE161, and thus came about this disembodied issue – and its follow-up, Pan-demiotic 2, as the lockdown thing went on… 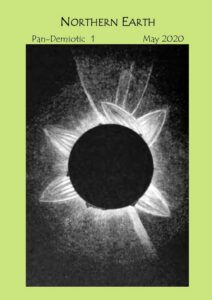 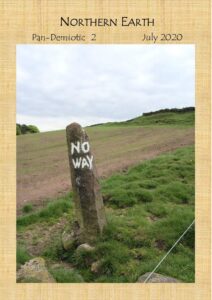