In 2007, a group of us had an excursion to caves in the N of England, and were moved by an unexpected experience in a small cave that had a history of prehistoric usage from the Upper Paleolithic through the Mesolithic and Neolithic, Bronze and Iron Ages.

Any archaeological survey will naturally primarily address itself to empirical objects indicating prior human usage, but equally naturally human interaction with their surroundings does not limit itself to material occupancy. Inhabiting a place, in a domestic or wider environmental context, involves issues of perception and meaning, and it is in this area that ritual and spiritual sensibilities are most likely to emerge; it is also an area in which the ‘earth mysteries’ approach takes a special interest.

Though space does not allow full treatment of the subject here, human usage of cave environments in prehistory is amply demonstrated to have a rich (presumptive) magico-ritual side as well as material occupation. Palaeolithic and later cultures in France, Spain and Portugal particularly, but also at Creswell Crags in Britain, responded to natural formations inside caves in creating art of utmost sophistication, which has also been thought to have had a ritual function. It is not generally doubted that natural formations themselves also contributed to the ritual meaning of subterranea; art and nature became complementary elements in what we would today call a holistic and transformative experience.

Here I address the natural micro-landscape of this cave, which, to the best of my knowledge, has not yet been discussed from this perspective. After some discussion, however, we decided not to disclose the precise location of the cave – not just because caves are vulnerable environments, but also, sadly, because the well-meaning ritual attentions nowadays paid to presumptively sacred sites like this are frequently damaging to their atmosphere, overall preservation and archaeological record.

To describe the setting, the main chamber has a quite large opening, and is rather spacious; but a narrow aperture leads to a small side-chamber, and being rather small in stature myself, I was invited by the others to take a closer look inside and investigate the resonance of the chamber (in which I have an interest)! At the end of this small chamber I found another, smaller passage, leading off at an angle into darkness, curving slightly and blocking off all remaining light from the entrance. At the end of this passage a circular chamber opened out, perhaps 6ft across and 12ft high in its main portion, but with side-fissures. What follows is a description of some of the remarkable, though small-scale, natural features we encountered in the cave; two of these, we felt, may quite possibly have held sacred significance to some at least of the sequence of cultures using the cave (though of course we must also be open to the possibility that we were projecting assumptions on to the past from our own informed contemporary perspective).(1) 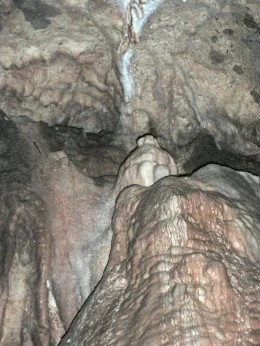 Fig 1: From the back wall of the chamber, this formation was visible; c.8″ high, it gives the impression of a seated figure with knees drawn up, or possibly sitting on a low stool. Either way, it is reminiscent of some Paleolithic ‘mother goddess’ figurines. 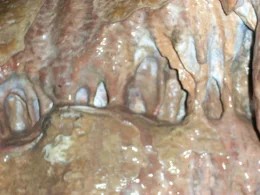 Fig. 2: Below the ‘goddess’ figure was this set of ‘arches’, a few inches high. To its right (Fig. 2a) was a ledge with dark blue coloration above – perhaps a soot stain from a candle placed on the ledge, perhaps by whoever left their initials opposite.(2) 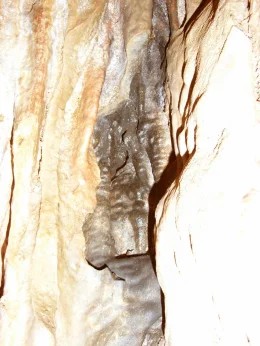 Fig. 3: This dark niche, at eye level in the back wall, is itself a highly suggestive vertical elongated shape, and contains some evocative natural iconography 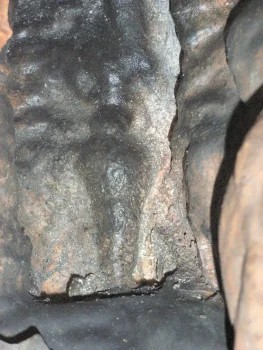 (Fig. 4); Is it purely imagination that sees a female form, even we might say an archaic female form? The head is indistinct, but is that an arm crooked to the waist?

Our shared impression of the cave was that this was a very significant and numinous place, its atmosphere deriving from the land itself rather than from human cultural intervention. Naturally, as the cave was used in prehistory, the question arises of whether it could have been a sacred or ritual space? If local perception of a chthonic presence at all resembled that of European Palaeolithic cultures, then it seems, intuitively at least, hard to doubt it, especially when one is actually inside the cave.

With thanks to Tim Prevett for introducing me to this cave.